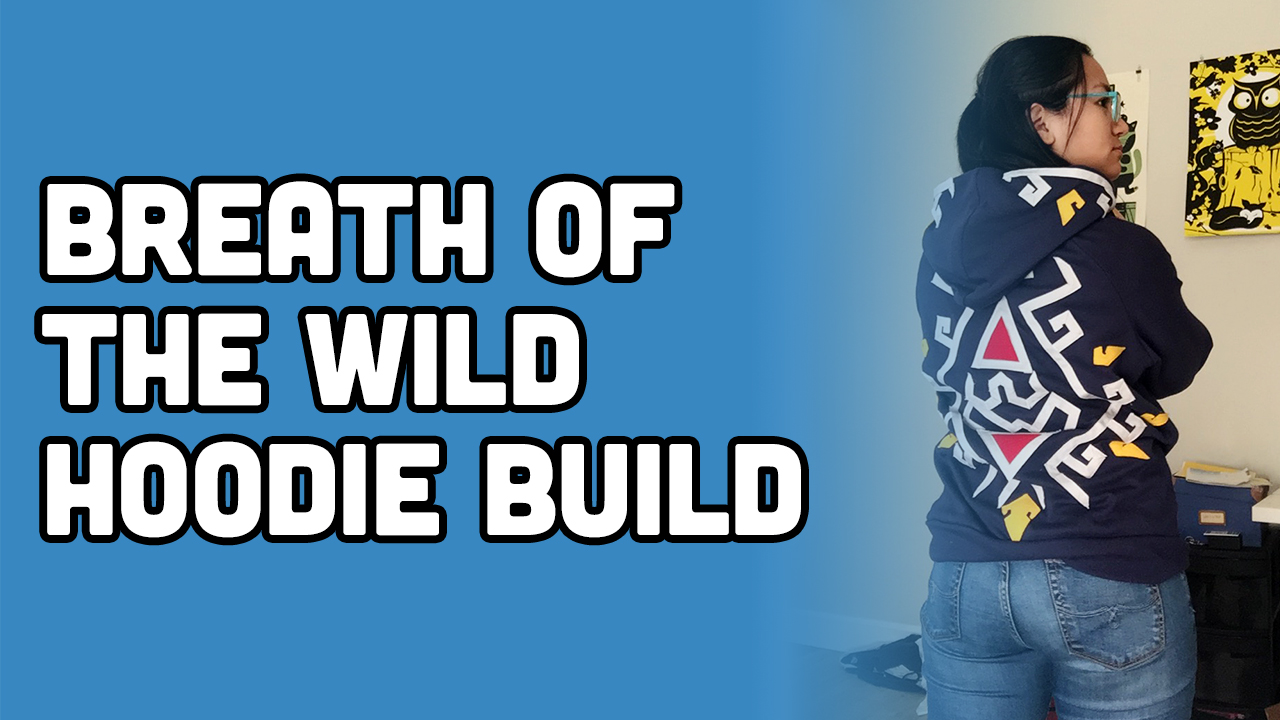 I used McCall’s Pattern M6614 for the hoodie, with very minor changes. I used the M sized pattern despite knowing Jason pretty reliably wears size S because I rather it be too big than too small. For the main hoodie, I used a navy jersey knit. For the lining, I used a light blue jersey knit. Both had a nice bit of stretch to them. The only adjustments I made to the pattern were:

Then, of course, I added the Breath of the Wild design to the back and hood. I did this by stitching on pieces of silver bias tape along with red and yellow felt. I tried to be as precise as possible, but some eyeballing did occur, which led to some asymmetrical parts. The fabric itself stretched too, which kind of made attaching the pieces a little difficult at times. All in all, however, I think it turned out really good! And the appliqué won’t fade like fabric paint would. Some bias tape edges may fray a bit, but I can probably clean those up by hand if necessary.

Here’s a super short video of the process! Enjoy! 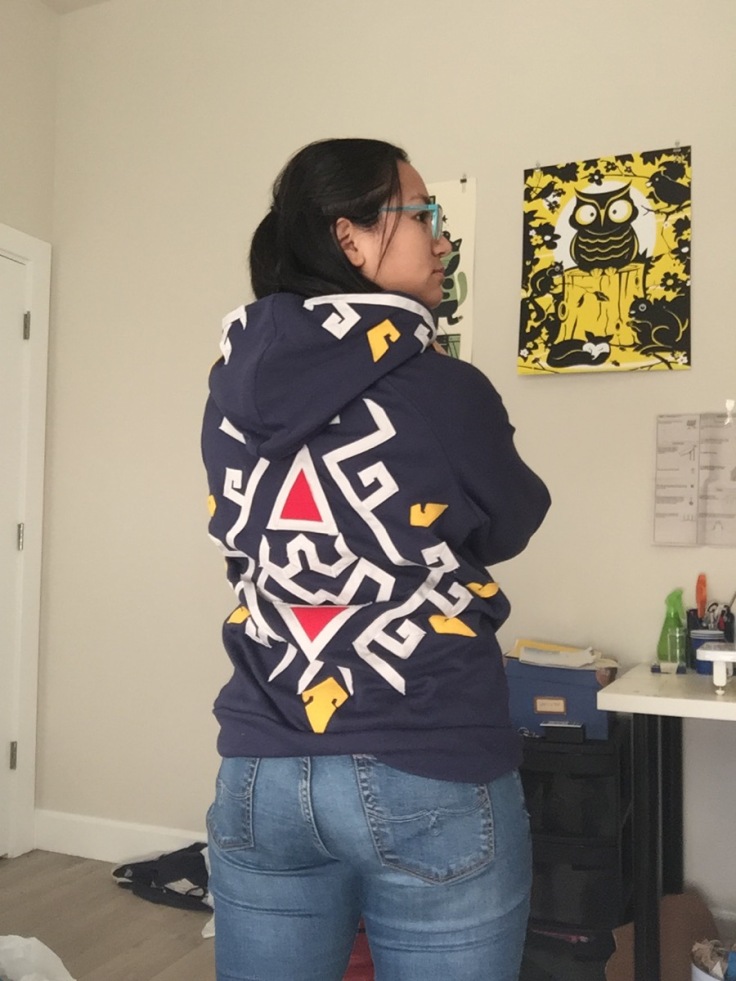 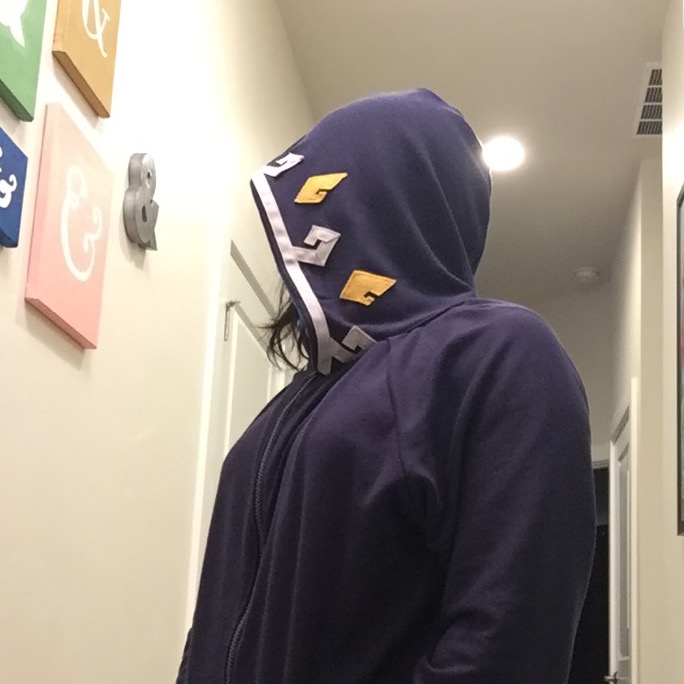 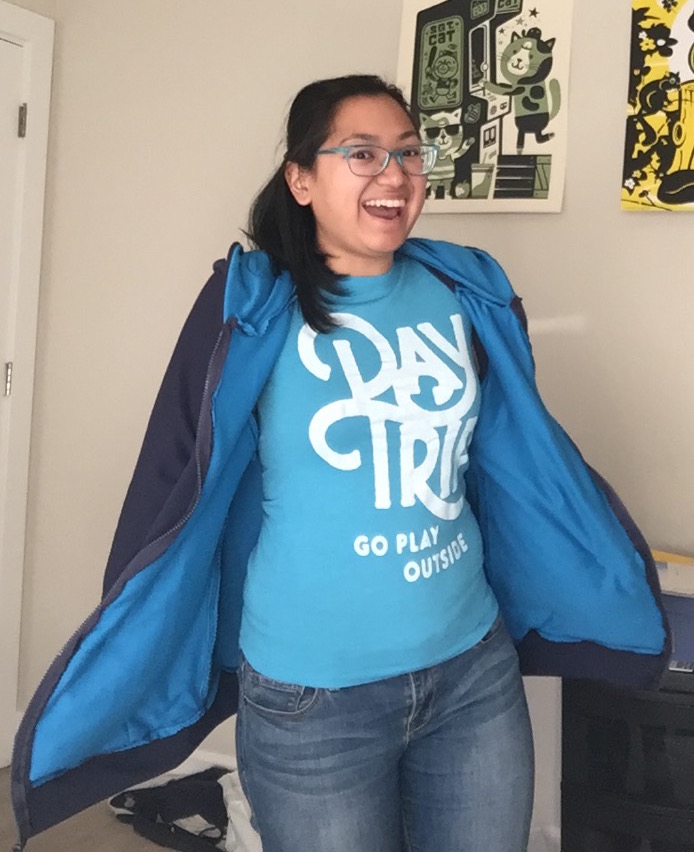